Return An Array From A UDF

This post is going to look at how to return an array from a udf. My last post looked at how to return a range from a UDF and in that, I included a small, bonus function which gave you the interior color of a cell.

I'm going to modify that function so it becomes an array function, or an array formula as they are also known. Specifically it will become a multi-cell array function as it will return multiple values into multiple cells.

What is an Array?

That was an example of a one dimensional array. Think of one dimension representing values along a straight line, like the x-axis on a chart.

A two dimensional array holds values that can be used to represent something that requires two things to identify it, e.g. the x and y co-ordinates on a chart, the squares on a chess board, or even the cells on your worksheet (A1, etc).

Three dimensional arrays contain three lists of values used to identify something (the xyz co-ordinates) perhaps the latitude, longitude and height above sea level of a point on the Earth's surface.

You can have more dimensions of course if you need them, but for my example we're sticking with just one. 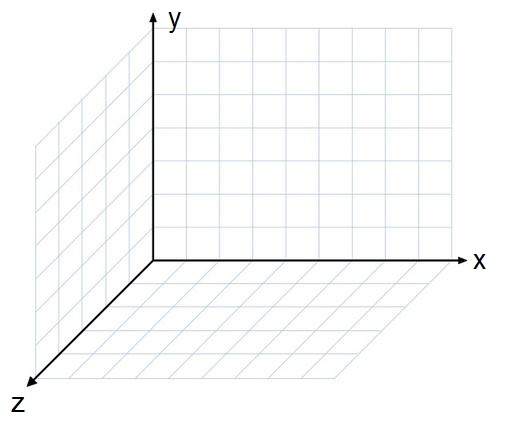 In order to process an unknown number of values, we need to work out how many values are passed into our function and then allocate the appropriate amount of storage in an array.

Initially we allocate an unknown amount of storage space for the array named Result():

If CallerRows > 1 then a column is being passed into the function. 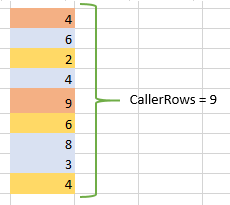 If CallerCols > 1 then a row is being passed into the function.

The number of cells in the range is CallerRows * CallerCols, so we redimension the array to hold a value for each of those cells.

If we pass in a range containing 6 cells, then our result will contain 6 values. Remember that this function is only dealing with one dimensional arrays, that is, values either in a row or a column.

If we pass in a range containing 10 cells, but allocate less than 10 cells for the result, we'll get #VALUE! errors.

If we pass in 6 cells, and allocate more than 6 cells for the result, cells 7 onwards will be filled with 0.

How you choose to deal with this is up to. You can write your own error handling, or just let Excel deal with it.

This is an array formula, so when you enter it you must use CTRL+SHIFT+ENTER. That is, hold down CTRL and SHIFT, then press ENTER.

If you know the number of elements in your array will be fixed you can specify this and not worry about working it out when the function is called, For example, here's a 10 element array:

But passing in a range with more or less than 10 elements could easily break your function.

By default a function will return an array as a row. If you want the results to go into a column, you need to transpose the array

Here's a link to download a workbook with sample code and examples.

Writing UDFs in Excel With Python

Write Excel UDFs in Python. Use the power of the vast Python libraries for data science, statistics, web scraping or database connectivity.

Return a Range from a UDF

If you return a range from a UDF this allows you to use that range in other functions and calculations.

How to create an Excel add-in for user defined functions (UDF's) to make them easier to use.

Creating a Reference to PERSONAL.XLSB for User Defined Functions (UDF’s)

How to create a reference to PERSONAL.XLSB so that using User Define Functions (UDF's) is easier

Create your own functions in Excel

Return a Range from a UDF
Next Post:Excel Conditional Formatting to Highlight Matches