Last week I wrote about using less than and greater than operators with letters like this:

Whilst playing around with different formulas I noticed that wildcards were not behaving as I would expect.

For example using the data below with cells A2:A13 named ‘grade’: 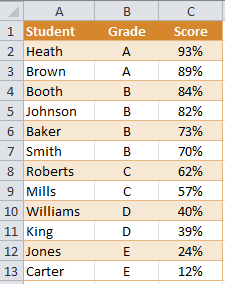 =2 which is counting the two A grades.

=6 which is counting the A and B grades.

The wildcard didn’t seem to be working consistently.

And the reason is this; sometimes1 when we use greater than or less than operators to test strings the asterisk is not considered a wildcard, it’s simply text, and as text it has a character value of 42.

We can see its character value in the Insert Symbol dialog box: 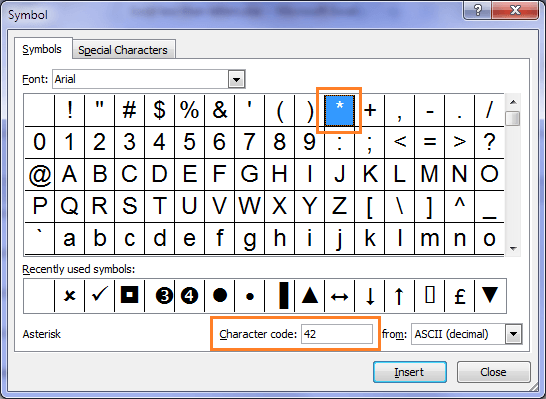 We can also see that B has a character value of 66: 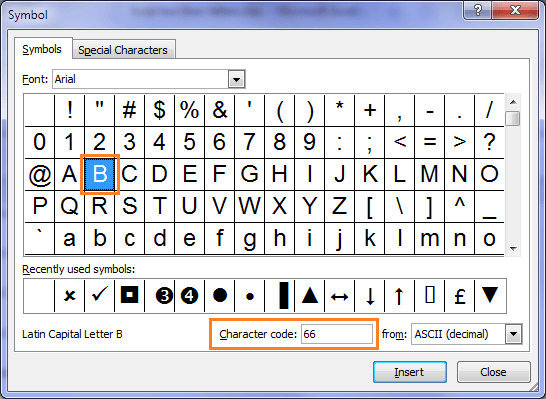 These examples best illustrate what is happening behind the scenes: 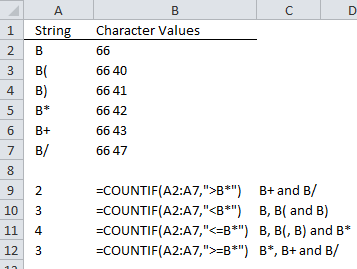 Note: Excel is testing the first character value, then the second character value and so on. It isn’t giving B* a value of 6,642 (six thousand, six hundred and forty-two).

It’s only with these operator arrangements that the asterisk is treated as text:

A big thank you to Roberto Mensa for explaining this quirk.